10-time Grammy Award-winning folk-rock icon Bob Dylan brings his Never Ending Tour to Harveys Outdoor Arena on Friday 12th June 2020! A man whose music transformed an entire era, the Nobel Prize-winner is a true international treasure and an absolute must-see live act for anyone who is passionate about the history of popular music! The incredible performer will be drawing from his unparalleled back-catalog for a stellar headline set, and he's joined for the show by a perfect support line-up: Nathaniel Rateliff and The Night Sweats & The Hot Club of Cowtown! 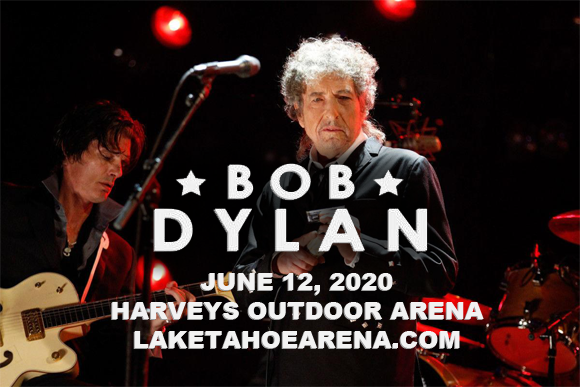 Renowned for his poetic protest songs that inspired a music movement in the 1960s, Bob Dylan is one of the world's best-selling artists of all-time and one of music's most admired and influential songwriters. His early anti-war folk songs, like "Blowin' in the Wind" and "The Times They Are a-Changin'", captured the feelings of a generation and were embraced as anthems of the time. As the mid-1960s came, Dylan began using electric instrumentation (a move that was vehemently and famously criticized by the folk purists amongst his fans), and this new rock-influenced sound brought three of the most significant rock albums of the 1960s – Bringing It All Back Home (1965), Highway 61 Revisited (1965) and Blonde on Blonde (1966). Dylan has won 11 Grammy Awards, a Golden Globe Award, and an Academy Award since his career began, and in 2008 he was awarded a Pulitzer Prize for "his profound impact on popular music and American culture, marked by lyrical compositions of extraordinary poetic power." President Barack Obama honored him with the Presidential Medal of Freedom in 2012.