Raspy tone, soothing vocals, heartfelt melodies and feel good guitar licks – Eric Church has got it all! Country fans are traveling far and wide to catch him live this coming Fall as he travels across North America! This date shouldn't be missed – get on down to Harveys Outdoor Arena on Sunday 3rd September 2017! Tickets are already on sale but are going fast… as this is the second and FINAL night of his showcase at the venue… it's your lucky day! 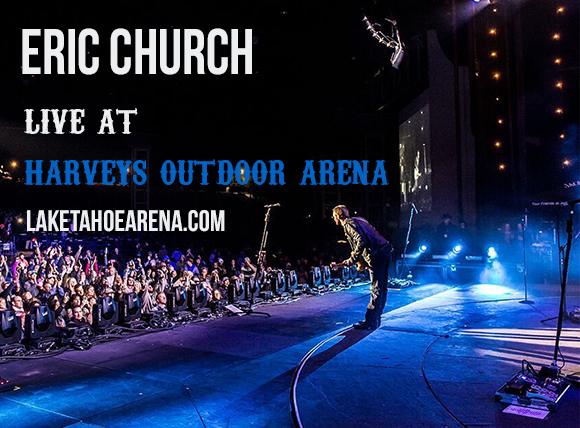 From underground, local to the mainstream, Eric Church has transformed himself into a rising star at the top of his game. With an incredible string of releases including 5 studio albums, this is the guy to watch. 2005 saw him sign the deal with Capitol Records and last year was a big one for Eric Church as he was nominated for Album of the Year at the 2016 ACM Awards, with his title track from Misunderstood album, also nominated for Video of the Year. The album's second anthem, "Record Year", was released to the radio in March 2016 and smashed it, at number one position on the Country Airplay in August!