Florence and The Machine Tickets

Known for their epic, atmospheric songs and the soaring voice of lead singer Florence Welch, British indie rockers Florence and The Machine will be bringing their High As Hope Tour Harveys Outdoor Arena on Thursday 9th August 2018 for a night of unforgettable entertainment! Promoting their fourth studio album of the same name, the band will be playing brand new tunes, including hit singles "Sky Full of Song" and "Hunger"! 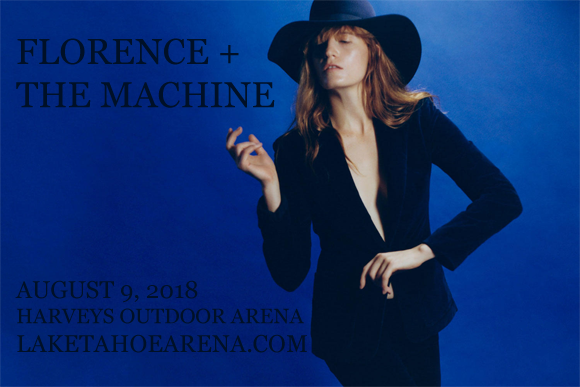 English indie rock band Florence and the Machine formed in London in 2007. The band began as a collaboration between vocalist Florence Welch and keyboardist Isabella Summers with various other musicians. Championed by the BBC, they came to public attention in 2009 when they won the Brit Awards "Critics' Choice" award. Their debut studio album Lungs was released in 2009 and held the number-two position for its first five weeks on the UK Albums Chart, eventually reaching number-one and staying in the top forty in the United Kingdom for sixty-five consecutive weeks, making it one of the best-selling albums of 2009 and 2010. The band's fourth, and most recent, studio album, High As Hope, is released on 29th June, 2018.