The sensational Acoustic artist, Jack Johnson is coming to perform LIVE at Harveys Outdoor Arena on Saturday 29th July 2017!
Jack Johnson's music is one of a kind, through his incredible songwriting he gives a beautiful landscape to listen to whatever the situation… when he's live in concert, he sure knows how to make a crowd feel good. Come and catch tracks such as "Better Together" "Sitting, Waiting, Wishing" plus so many more! Book your tickets and whatever you do – don't miss this! 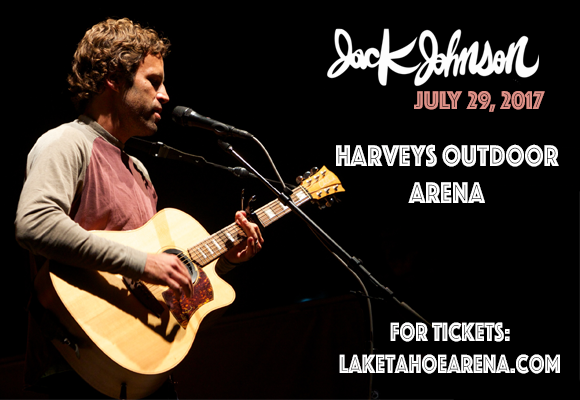 Jack Johnson gained success after his very first debut back in 2001, with Bushfire Fairytales, the record included so many of his most beloved songs and really set the ball running for an unstoppable long-standing career ahead. Although his sound is similar to a few fellow acts out in the music world, Johnson is truly original and cannot quite be described. His gorgeous vocal tone and soft guitar playing is a match made in heaven.

With four number one albums under his belt, Jack Johnson is a true artist. Best known for songs such as; "Upside Down"; "Flake"; "I Got You"; "If I Had Eyes"; "You and Your Heart"; "Taylor"; "Better Together; "Good People"; and "Breakdown." If you love his music, then be sure to catch him as he embarks on a summer tour for 2017!