Your Wild Hearts' desire for a genuine country music concert experience will be satisfied this September 2, 2022, as Keith Urban takes his "The Speed of Now World Tour" to Harvey's Outdoor Arena for the second time. Whether you missed his first night at Lake Tahoe's famous venue or simply want to experience the magic of Keith's live performance once again, this concert is for you. Let the world-class musicianship of the Grammy-award-winning country singer take your concert experience to a whole new level! In line with Keith's famous song, this concert "goes out to the drifters, and all of the dreamers ready to fly!" So grab your tickets now and be ready to take flight as Keith's live music take you to paradise. 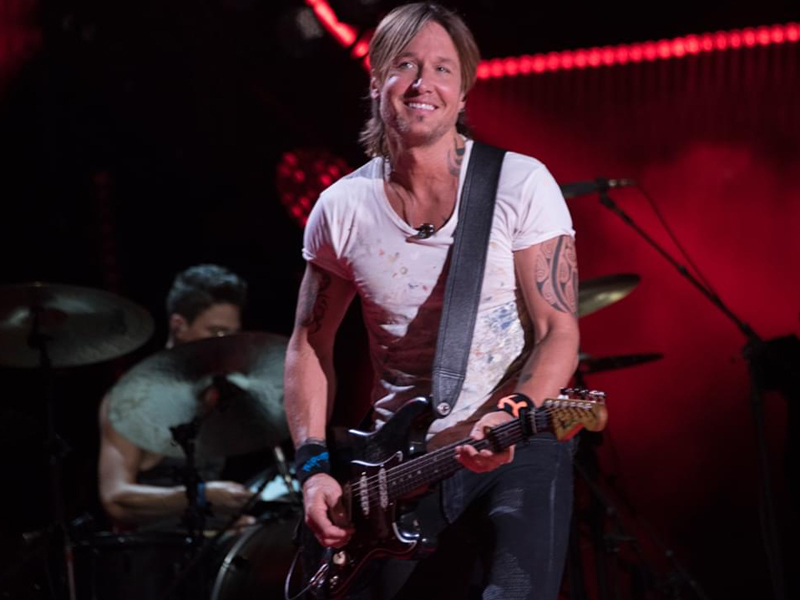 With four Grammy Awards, fifteen Academy of Country Music Awards, and thirteen CMA Awards, Keith Urban is indeed a country music royalty. He is one of the very few singers — regardless of genre — who needs no introduction. He has cemented his place in the music industry through the massive hits from his eleven studio albums. He has charted 37 singles on the US Hot Country Songs chart, 18 of which went to number one — a feat that is yet to be achieved by some of his contemporaries.

This year is perhaps the most exciting year for Keith Urban fans because the country music superstar will embark on a massive world tour. Dubbed "The Speed of Now World Tour 2022," the tour will be his first in five years. It will make stops at major cities in Australia, Germany, the Netherlands, and the UK. Recently, North American dates have been added to the lineup with a two-night concert at Lake Tahoe's Harvey's Outdoor Arena.

"NORTH AMERICA, we're ready to get this thing out … THE SPEED OF NOW WORLD TOUR is coming to you in 2022! We're bringing the incredible Ingrid Andress along for the ride, and it's gonna be a blast," states Keith Urban in an announcement of the tour's North American leg.

Ingrid Andress is an American country music singer and songwriter from Colorado. Her debut single "More Hearts Than Mine" peaked at number 30 on the Billboard Hot 100 chart dated May 1, 2019. In March 2020, she released her debut studio album, "Lady Like." Catch her incredible performance with the one and only Keith Urban at Harvey's Outdoor Arena this September 2. See you there!