If you love Country music then you'd better get in line and grab your tickets for this exciting event! As superstar Kenny Chesney comes to wow the crowd at Harveys Outdoor Arena on Friday 3rd July 2020! As he embarks on his live tour for 2020, he will also be bringing with him special guests so keep an eye out for the big names hitting the stage… book your tickets to see Kenny Chesney in concert right here, right NOW! There's no time to loose as Kenny Chesney always becomes a sell out show! 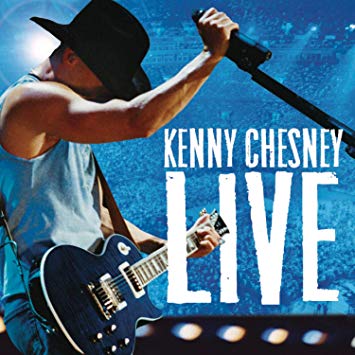 Country artist Kenny Chesney exploded onto the music scene back in the mid 1990's and has had a successful run even since. With an incredible collection of twenty studio albums to this day, the sensational artist has transformed into a superstar name, known all around the globe. The talented star rose to fame and instantly was a hit with critics, reviewers and fans alike, leading him to gain the Entertainer of the Year award four times between 2004 – 2008 along with other amazing accreditations from his Gold and higher RIAA triumphs to his countless list of other awards under his belt.

As one of the main men on the Country scene and one of the longest running artists, Kenny Chesney has become one of the most listened to around and it sure has shown across the charts, with his forty singles to reach the top ten list of the US Billboard Hot Country Songs, along with chart topping number ones. Til this day, Kenny Chesney has gained sales of over thirty million records sold worldwide!

With all of his achievements throughout the years, Kenny Chesney has always landed on top and continues his journey with his non-stop touring circuits, bringing his music to the live stages and giving his fans a treat to the eyes and ears. His concerts are always a sell out as he plays in some of the greatest venues in the world!

If you love Kenny Chesney and his groundbreaking country songs then be sure to head-on down to Harvey's Outdoor Arena as he brings his talents to the crowd for an unforgettable night! Tickets are on sale above – make sure to book yours while you still can as there's no doubt in mind that his 2020 tour will be yet another sell out to add to his collection!