Buckle up and get ready for a wild ride as one of country music's hottest stars, Kenny Chesney, brings the second leg of his incredible Trip Around the Sun Tour to Harveys Outdoor Arena on Tuesday 3rd July 2018! The sizzling sensation will be pulling out all the stops for this electrifying show:

“There’s nothing like a stadium full of people coming together to remind you what life’s about,” Chesney says. “The energy, the moments, the fun. Every single one of these artists who’re coming out with us for Trip Around the Sun live their lives the exact same way: they work hard, they appreciate what they’re given and they love music every bit as much as they love life. I, personally, can’t wait to see this show hit the road.” 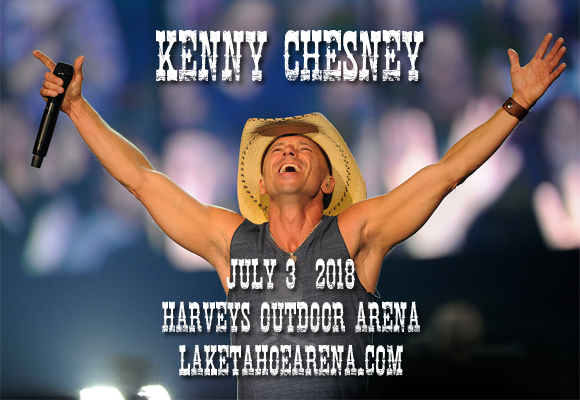 With fourteen of his twenty studio albums certified gold or higher by the RIAA and more than forty Top Ten singles on the U.S. Billboard Hot Country Songs and Country Airplay charts (including twenty nine number-ones), Kenny Chesney is one of country music's most successful modern artists. He has sold over 30 million albums worldwide and has received many awards throughout his career, including six Academy of Country Music awards (including four consecutive Entertainer of the Year awards from 2005 to 2008) and six awards from the Country Music Association. Also one of country's most popular touring acts, Chesney sells out stadium tours year-on-year.