What a special show! The annual gathering Lake Tahoe Summit celebrates their 20th anniversary and headlining this year is the Las Vegas Rockers: The Killers are coming to Harveys Outdoor Arena on Wednesday 31st August 2016! The Killers will bring their massive anthems to the stage to give the crowd a powerful show that won't be forgotten. Catch tracks such as "Mr Brightside" "Somebody Told Me" "Smile Like You Mean It" plus so much more! 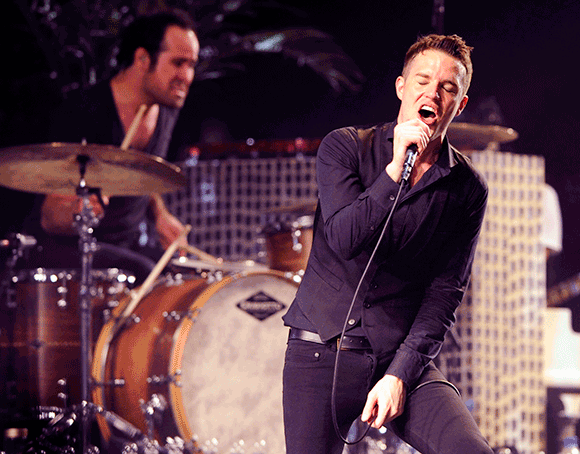 "Legends. Plain and simple. A veteran sound and performance from the amazing Killers, you can tell they've been doing this for a while- and we can't get enough! The show spanned the massive hits like Mr Brightside and human, and hitting some more obscure hits like change your mind and glamorous indie rock and roll – it scratched the itch for every eager fan. The show was balanced and front man Brandon flowers knows exactly what he's doing. With his unfailingly handsome and commanding stage presence, between Brandon and Ronnie Vannucci's Reno 911 outfit and hilarious drummer tactics the show could not have been better."