The legendary artist that is – Lenny Kravitz is coming to ROCK the stage at Harveys Outdoor Arena on Friday 14th July 2017!

You heard it right, Lenny Kravitz will be taking to the road on his 2017 'Stut' tour to give fans another chance to catch him in concert. If you love his music then be sure to book tickets for an unforgettable night! Kravitz will be performing many of his groundbreaking hits such as 'Are You Gonna Go My Way' as well as his latest material…. don't miss out! 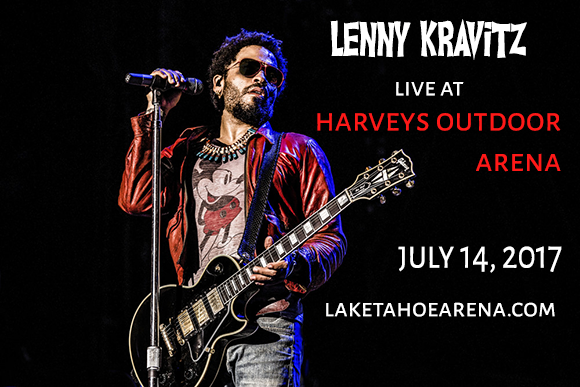 If your a fan of heavy guitar led music then there's a huge chance that you're also a fan of Lenny Kravitz. This guy is the real deal as he combines the very best bits of Blues, Rock and Funk to give a sound that is full of energy and uniqueness. But also brings to minds the greats such as Jimi Hendrix, people around the entire world know the name – Lenny Kravitz is the true essence of a superstar!

"The irresistible power chords of American Woman and some blinding red lights got the swelling crowd jumping in the first half, while the simplicity of the ballad I Belong to You displayed Kravitz’s treacly smooth voice, which, all credit due to a performer 25 years down the line, never sounded strained."