Get ready to dance ALL NIGHT LONG, as internationally-renowned pop megastar Lionel Richie comes to Harveys Outdoor Arena on Saturday 17th August 2019 as part of his Hello North American Summer Tour! The unstoppable showman will be performing many of the tracks that appear on his recent album, Live From Las Vegas, infusing them with all the glitz and glamor you'd expect!

“I am so excited to bring my Live from Las Vegas album to life and to share it with my fans,” the iconic singer said in a statement. “Also, I’m really looking forward to going on tour and performing for everyone this summer – it’s going to be one big party.” 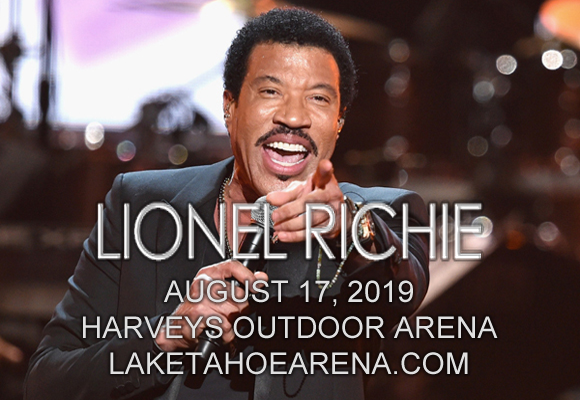 Lionel Richie is a pop legend, whose rise to fame as the chart-topping lead singer and saxophonist of the Commodores led to a glittering career as an internationally renowned solo artist. The American singer, songwriter and multi-instrumentalist is one of the best-selling artists of this century, with over 100 million records sold worldwide throughout his five-decade career. A four-time Grammy Award-winner, Richie also has a Golden Globe Award and an Oscar to his name, and has charted a plethora of hit singles, both with the Commodores and as a solo artist, including "Machine Gun," "Brick House," "Easy," "Three Times a Lady," "Still," "Sail On," "Truly", "Endless Love," "All Night Long (All Night)," "Hello," "Say You, Say Me," and "Dancing on the Ceiling". He received the Songwriters Hall of Fame's highest honor, the Johnny Mercer Award, in 2016.