Miranda Lambert is back on the road and ready to roll! When the COVID-19 pandemic hit, Lambert was in the middle of her Wildcard Tour, which she was forced to cancel midway, but now the multi-award-winning country singer has returned and is ready to give fans the show of the year! Despite the hurdles of the past year, the multi-platinum artist has kept busy, releasing her critically acclaimed collaborative album, The Marfa Tapes, with Jack Ingram and Jon Randall! No doubt she'll perform from the album as well as delighting fans with a setlist stacked with hits! 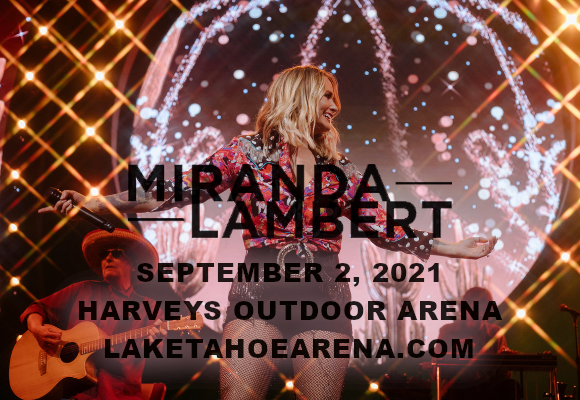 Miranda Lambert is a country music singer and songwriter whose music career began in 2001 with the self-release of her eponymous debut album. In 2003, Lambert landed a record deal with Epic Nashville, having come third place in the televised singing competition Nashville Star. Kerosene, her major label debut album, was released in 2005 and was an instant hit for the artist, topping the Billboard Country Albums chart. The album also reached number 18 on the Billboard 200, launched four top 40 Billboard Country Chart singles, and has been certified platinum by the RIAA. She has had similar success with her following six studio albums, which all number one on the Country Albums chart and reached the Top 10 of the Billboard 200, including 2014’s Platinum, which topped the chart. Lambert is a highly-awarded artist, with three Grammy Awards, twenty-nine Academy of Country Music Awards, six American Country Awards, seven CMT Music Awards, and fourteen Country Music Association Awards under her belt, among others. The Marfa Tapes (2021) is her latest release – a collaborative album with fellow country artists Jack Ingram and Jon Randall.