Miranda Lambert comes to Harveys Outdoor Arena on Thursday 18th July 2019 on her Roadside Bars & Pink Guitars Tour, the of which harks back to the tour she embarked on ten years ago! The country superstar and multi-award-winning singer will be performing a variety of songs from her dazzling career, and who knows…? She may even be joined by some very special guests! 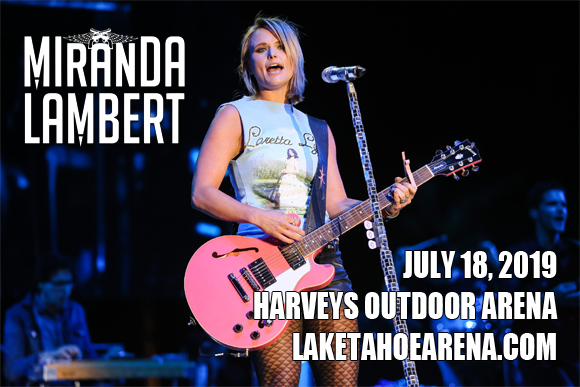 American country music singer and songwriter Miranda Lambert came to public attention in 2003 when she came third place in the reality television talent competition Nashville Star. Signed to Epic Records later that year, Lambert released her debut major-label studio album, Kerosene, in March 2005, preceded by the single "Me and Charlie Talking." The album debuted at number one on the Billboard Top Country Albums chart and was eventually certified platinum by the RIAA, launching four top 40 singles on the Billboard Hot Country Songs chart. Lambert continued to build on her success with her subsequent albums, and her first six studio albums have all been certified platinum. Over the years, Lambert has won two Grammy Awards, twenty three Academy of Country Music Awards, five American Country Awards, seven CMT Music Awards, thirteen Country Music Association Awards and several other awards and nominations. In November 2015 she became the first woman to have won the Country Music Association Awards' Album of the Year twice, and in 2018 she won the ACM Award for Female Vocalist of the Year for the ninth consecutive year, having previously surpassed Reba McEntire in 2017 as the most awarded in the category.