For two nights, legendary jam band Phish comes to Harveys Outdoor Arena on Tuesday 31st August 2021 for a night of sprawling, free-form tunes to bend the mind and get the body moving! An iconic act of the live music scene, Phish has been wowing audiences with their must-see shows for nearly 40 years, and the band's dedication to touring has made it a hard act to top! The group is known for concerts that are totally different every time, with off-the-cuff segues between each tune on their carefully crafted set-list and jams that transport the listen to another place entirely! Lose yourself in the groove with one of the finest acts an audience could hope to see on stage! 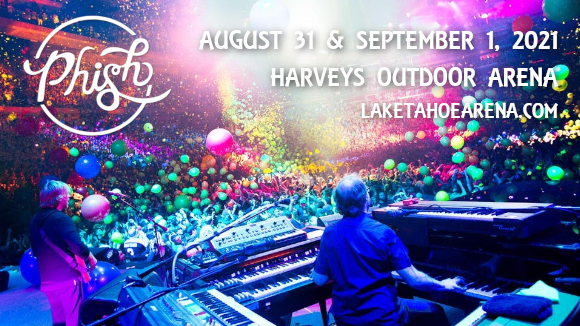