After a quiet year in 2017, jamband extraordinaire Phish are back on the road where they belong, coming to Harveys Outdoor Arena on Tuesday 17th July 2018 for two nights of sprawling music and summer vibes! With a cult following that rivals the Grateful Dead, Phish do not disappoint, so dig out the tie-dye and join in the fun as these sensational performers take you on a musical trip that you'll never forget! 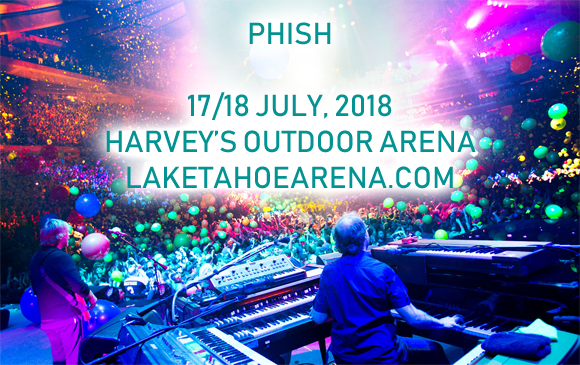 American rock band Phish are known for their captivating live shows and have made their name as one of the most popular touring bands in North America. With a psychedelia-tinged sound and collaborative, improvised sets, the band have developed a large, dedicated following over the years, akin to the Grateful Dead's “Deadheads”. Formed in 1983 at the University of Vermont, the band's current (and best-known) line-up of Trey, Page, Mike, and Fish" has played together on and off since 1985. To date, the band has sold over 8 million albums and DVDs in the United States, having released 13 studio albums to date.