Latin singer and rapper Pitbull will be performing at Harveys Outdoor Arena on Friday 13th July 2018! The larger-than-life superstar will be treating fans to "An Evening With Pitbull" as part of the Lake Tahoe Summer Concert Series in conjunction with the annual American Century Celebrity Golf Championship weekend! Tickets available now! 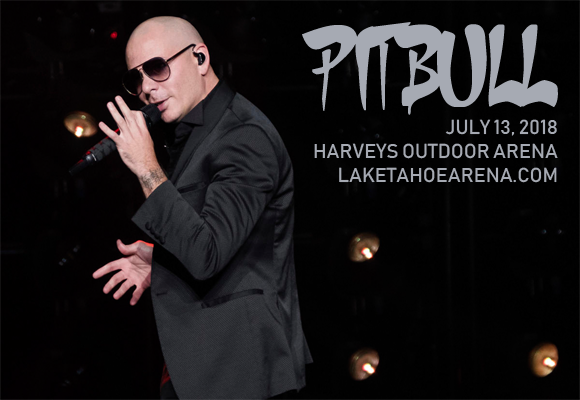 American rapper Pitbull made his debut in 2002 on a solo track from Lil Jon's album Kings of Crunk. He released his debut studio album M.I.A.M.I. two years later under TVT Records. His breakthrough came in 2009 with the release of the single "I Know You Want Me (Calle Ocho)" (from his album Rebelution) which peaked at number two on the US Billboard Hot 100. "Timber", the lead single from his 2013 Meltdown EP, topped the charts in twenty nations, including the US and UK, and Pitbull also had a worldwide hit with  "We Are One (Ole Ola)" (alongside Jennifer Lopez and Claudia Leitte), which was the official theme of the 2014 FIFA World Cup. His most recent release, the 2017 album Climate Change, features collaborations with Enrique Iglesias, Flo Rida, Jennifer Lopez and Jason Derulo.