Rock giants Steve Miller Band & Peter Frampton are headed to Harveys Outdoor Arena on Friday 17th August 2018 for something very special indeed! A co-headlining tour that sees both artists performing solid-gold hits like "The Joker" and "Baby, I Love Your Way", this show is a must for fans of classic rock:

“Music is ethereal – it moves back and forth between the past and the future,” Miller said in a statement about the stint. “I’m very excited to announce that 2018 is our 50th anniversary of recording and touring together as the Steve Miller Band, and we plan to travel between the psychedelic sixties through the future with a vengeance!” 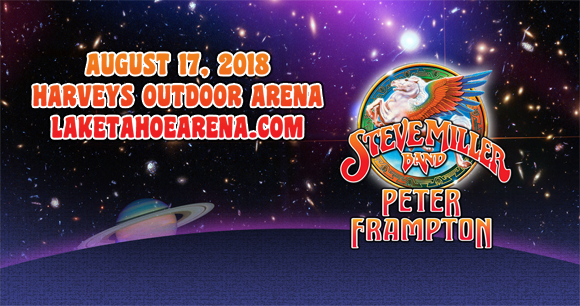 Steve Miller Band has sold over 60 million albums worldwide since its formation in San Francisco, California in 1966. Starting out as a psychedelic rock group, the band's debut album, Children of the Future, was released in 1968, but it was 1973's classic rock-influenced album, The Joker, that brought the band to a mainstream audience. A critical and commercial success, The Joker was eventually certified platinum, and launched a number-one single of the same name – the first of a string of 1970s hit singles for the band, including “Fly Like an Eagle”, “Rock'n Me” and “Abracadabra”. The band continues to record and tour, and has released eighteen studio albums, six live albums, seven (official) compilation albums to date.