The one, the only, the legendary – The Who are taking to the road THIS SUMMER! That's right, the rumors have been confirmed to be true! If you love The Who and their incredible music legacy than whatever you do, don't miss out! Get on down to Harveys Outdoor Arena on Wednesday 16th August 2017 to witness songs such as "Who Are You," "Pinball Wizard," "My Generation" and so much more!
Tickets are NOW on sale. 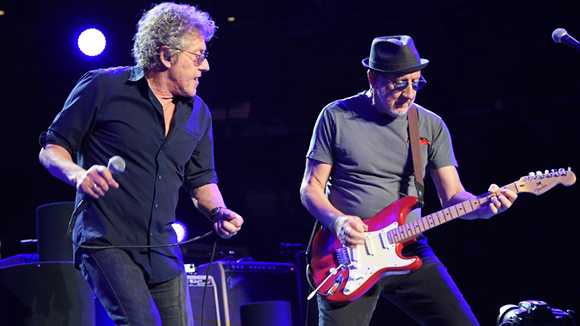 It's hard to find anyone in the world that doesn't know of the English Rockers – The Who, to this day they are one of the biggest names in the history of music and include members, that have also branched off to be solo artists all in their own right! It could only be, the lead man himself, Roger Daltrey, guitarist/singer, Pete Townshend, bass player John Entwistle, and of course, their drummer Keith Moon. Now with an unbeatable 100 + million records sold worldwide – they are the biggest Rock band of our time!

2017 is set to be another big year so if you love their music… catch them as they take to the stage at a venue near you this August!