Over fifteen years since their Grammy-winning single "Drops of Jupiter" hit the airwaves, pop rock stalwarts Train are still serving up solid gold hits! The band are heading out on a 45-date trek this summer to support their most recent album A Girl, A Bottle, A Boat, and according to frontman Pat Monahan, "These songs are best heard live!" Train will be joined on their Play That Song Tour by pop singer Natasha Bedingfield & rockers O.A.R., and they come to Harveys Outdoor Arena on Sunday 9th July 2017! 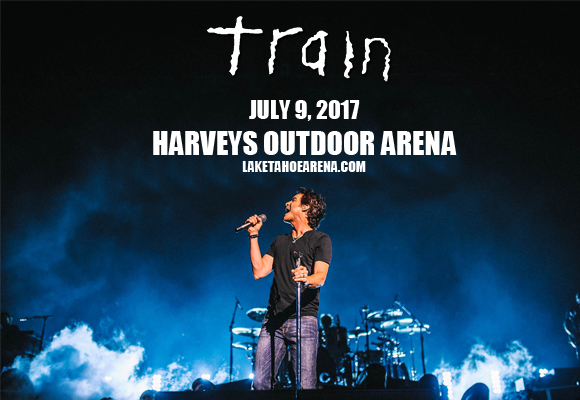 Since their formation in San Francisco, in 1993, American pop rock band Train have found huge chart success with songs such as the two-time Grammy Award-winning single “Drops of Jupiter”, “Drive By” and RIAA 6x Platinum-certified international hit “Hey, Soul Sister”, taken from the album Save Me, San Francisco, which was certified gold by both the RIAA and ARIA, selling 954,000 units. To date, the band has sold over 10 million albums and 30 million tracks worldwide. Their tenth studio album, a girl a bottle a boat, was released in January 2017.